Stacey Abrams is only logical choice for Biden VP, here’s why 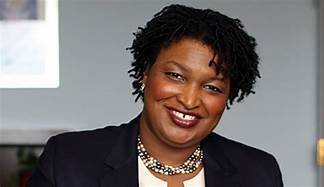 Joe Biden pledged he would choose a woman as his running mate, and that woman needs to be Stacey Abrams.

The road to the White House for Democrats only exists with the support and excitement of black voters—black female voters to be specific. Just ask Bernie Sanders. He thought he could carve a path to the nomination without overwhelming support among the Democratic base—black voters. He was wrong.

Sure, other Democratic voters matter. Lots of ink has been spilled about the importance of “suburban” Democratic voters, read white voters, even though blacks have been moving to the suburbs at great rates as they’ve been pushed out of cities for years now. However, any viable Democratic strategy rests on the active participation and interest of diverse groups of black voters. 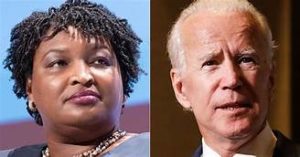 Biden made a promise to select a female running mate, a declarative statement some feel may have painted the former veep into a corner. There are several qualified women on the Democratic bench, but only Abrams can deliver the significant number of black voters across the United States to galvanize the base and articulate a clear vision.

Several women are qualified to assist Biden in the governance phase of a possible Biden presidency, but only Abrams assists fully with the two-stage process of a successful Democratic presidency– campaigning and then governance.

I don’t think Democrats want or need another Tim Kaine moment. That is, selecting a running mate who would be fine for governing but brings relatively little to the ticket during the campaign stage. Kaine would have served the nation dutifully, and he possessed the intellect to assist Hillary Clinton in White House strategic matters. However, the lack of excitement about Kaine and his inability to connect with the Democratic base was yet another Achilles heel for the Clinton campaign.   to read more, click here