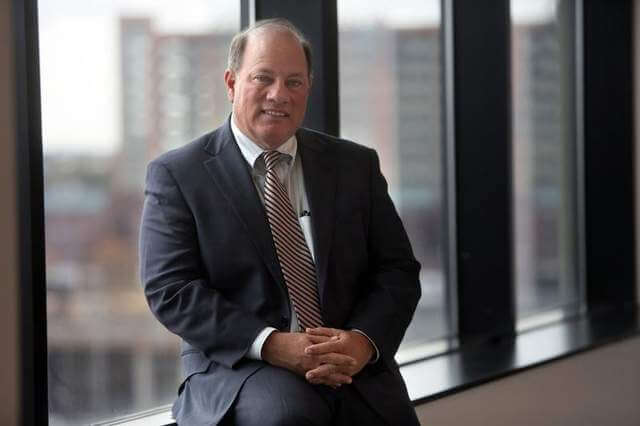 Police Chief James Craig will retain his deputy mayor title, with responsibility over public safety. Craig will fill in for Duggan if the mayor is incapacitated or otherwise unable to fulfill his duties.

Mallett, 66, lives in Detroit. He is a former chief justice of the Michigan Supreme Court who left the court at a relatively young age to join a prominent Detroit law firm. He said that less than a year later, he took a job at the Detroit Medical Center. But politics is a tradition in the Mallett family, and he remained a key figure in Detroit’s political scene.

In the 1960s, his father, Conrad Mallett Sr., worked in the Detroit mayor’s office under Cavanagh. The Malletts were part of Young’s leadership team in City Hall. And Conrad Mallett Jr. helped manage Kwame Kilpatrick’s successful 2001 mayoral campaign, served as head of his transition team and served as his chief operating officer for the first 90 days of his administration.

Among Mallett’s duties was jump-starting negotiations to get Detroit’s three casinos out of temporary digs and into permanent hotel and entertainment complexes. Mallett left for a job as president and general counsel of La-Van Hawkins Food Group, which at the time was the 12th-largest black-owned company in the United States with $246 million in annual sales, according to Black Enterprise magazine.

Mallett left about a year later and returned to the DMC.

While at the DMC, Mallett worked closely with Duggan, who resigned as Wayne County prosecutor in 2004 to take over the troubled medical center. Duggan said Friday that he put Mallett in charge of Sinai-Grace Hospital, the last hospital on Detroit’s west side, which was slated for closure  “What I watched happen was remarkable,” Duggan said, adding that Mallett turned around a hospital that was losing at least $40 million a year and had problems with professionalism and cleanliness. “Sinai-Grace would not be there today if it were not for Conrad Mallett,” Duggan said.The mayor said hiring Mallett will not increase the city’s budget because he had a vacancy to fill after Chief Administrative Officer Bethany Melitz left the administration. Mallett will have the same salary — $162,941 a year — as Melitz.

The mayor said Mallett was the only person who came to mind when he asked himself: “Who could do the most to help protect Detroiters?”Mallett said he could have remained as chief administrative officer at DMC, but was excited to join Duggan’s team.

In addition to working with Duggan at DMC, Mallett served as chairman for his first campaign for mayor. That 2013 campaign got off to a rough start when the city clerk removed Duggan from the ballot on a technicality. But Duggan ended up making Detroit history by winning as a write-in candidate.