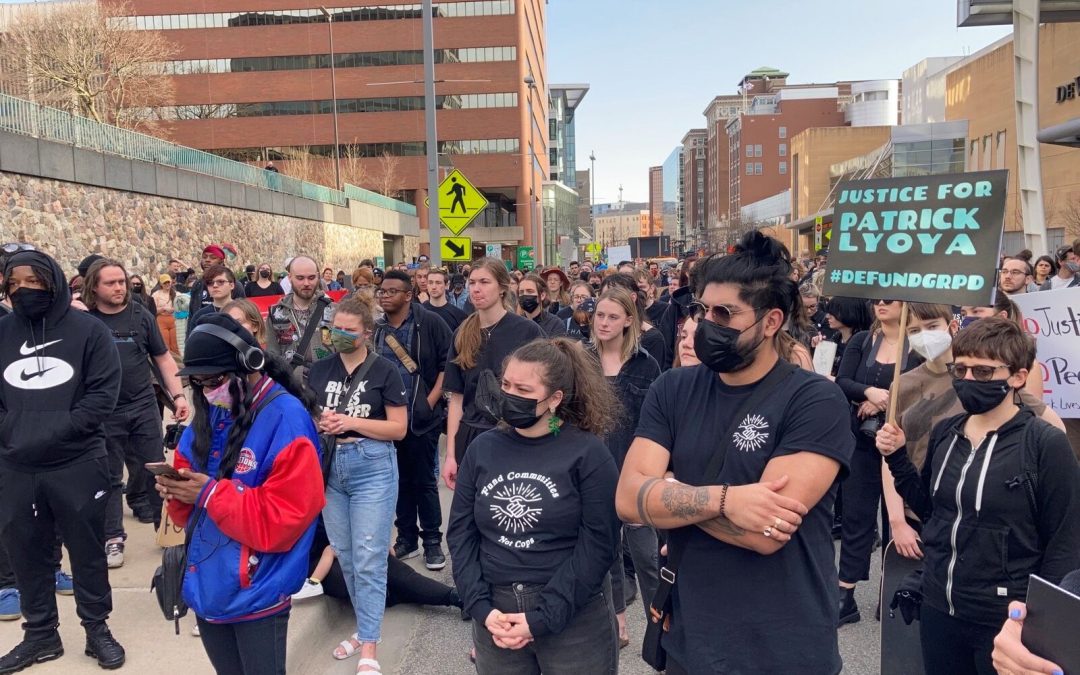 Black Lives Matter, but not in the United States of America. The execution of Patrick Lyoya by a Grand Rapids police officer, along with media attempts to humanize the executioner as a missionary in Africa, a questionable profession in and of itself, and the inhumane decision not to prosecute the murderous cop who executed a human being as he laid defenseless on the ground makes a definitive statement about the value of Black lives.

The unjust and unlawful decision by the District Attorney underscores the U.S. as a white terrorist nation with murderous intent to eliminate, exterminate and make extinct American Africans as a people through systemic and personal attempts to permanently deny their innate humane freedom, their happiness, and their human opportunity that is afforded to all others including those conveniently hiding while benefiting from their misclassification as a people of color.

Black Lives Matter is a human rights statement that requires international attention by human rights groups who have long overlooked the brutalization of Black people. This is humanly deplorable and reflects an inhumane disregard for Black Life by human rights organizations, such as Amnesty International, and Human Rights Watch, among others who have blatantly denied, dismissed, and disregarded the Black struggle against white terrorism.

Through decades of struggle, American Africans have attempted to humanize America and for them, it has been futile as they fail to benefit from the fruits of their own labor and struggle. Systemic terrorism includes police executions, unfair sentencing, the prison industrial complex, targeted property, business, and community losses, and educational inadequacies all of which are the foundation of a three-prong genocide that I call the Triocide, (See Triocide.com). The Triocide is systematically orchestrated to eliminate, exterminate, and cause the intentional extinction of American Africans as a people.

Human Rights organizations have let down Black people. As the international status of the United States shifts, there is the possibility that the United Nations will pay greater attention to the human rights violations of African people born in the United States of America and globally. It is imperative that Black people involve themselves in their own human rights struggle in whatever way they can contribute to ensuring human freedom, happiness, and success for ourselves and our future generations.

It is important to remember the atrocities against American Africans began in Africa, and not America. The historical kidnapping, stolen lives, broken families, and cultural imperialism that occurred against African people were ultimately systematized into a permanent human condition in the United States. American Africans, Black people have served as the humanizing force for America. It is now time to be a humanizing force for our families, our people, our community, and for future generations.